At-Home Workouts That Include Body-weight Moves

Just because you want to add bodyweight exercises to your fitness routine, doesn’t mean you can’t do your normal workout as well. There are actually many popular at-home workouts that incorporate bodyweight moves. Here are some of the top ones to consider.
Yoga
The first type of workout that often incorporates bodyweight moves is yoga. There are different forms of yoga, so you probably want to go for the moderate or advanced varieties to really do a lot of bodyweight moves. For example, the downward dog is done in yoga, which can be considered bodyweight. It is similar to a plank, except instead of being flat, your buttocks is up in the air. Many times, downward dogs go down to a full plank, along with many other bodyweight movements.
Pilates
Pilates is another good workout that doesn’t use weights or equipment, but can be done at home and incorporate a lot of floor moves. This is similar to yoga, but really incorporates more of the core movements. You will learn plenty of difficult bodyweight moves to strengthen your core, improve your flexibility, and work on those abdominal muscles. Mixing it in with other bodyweight moves is a great way to add more to your workout routine.
High-Intensity Interval Training
Also known as HIIT, High-Intensity Interval Training is an excellent way to get started with bodyweight exercises. This is really going to increase your cardio, endurance, and strength all at the same time. This will use more jumping and high intensity moves of bodyweight, like your jumping jacks, jumps, and burpees, along with many other moves. Another great thing about HIIT is that it is done in less time, so even the busiest person can get a good workout.
Branded Workouts
There are also some well-known brand workouts you might have heard of that use a lot of bodyweight workouts. For example, if you are familiar with the BeachBody programs, you may have heard of PIYO. This is definitely one of the top workouts that uses only bodyweight movements, working out your entire body. It was created by Chalene Johnson, and will do everything from multiple plank variations, to intense yoga and Pilates-inspired strengthening moves. Crossfit is another type of workout that incorporates bodyweight along with the weight training, but this is usually done in a gym and not suitable for home workouts.
At the end of the day, adding in any sort of bodyweight moves is going to benefit you, whether you are working out at home or in the gym. 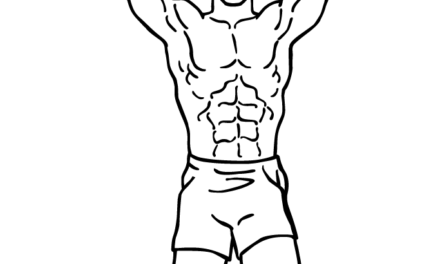 Four Ways to Work Out While Eating Clean