You are here: Home / Product Briefs / How Long Does Flexeril Stay In Your System?
Spread the love

How Long Does Flexeril Stay In Your System? 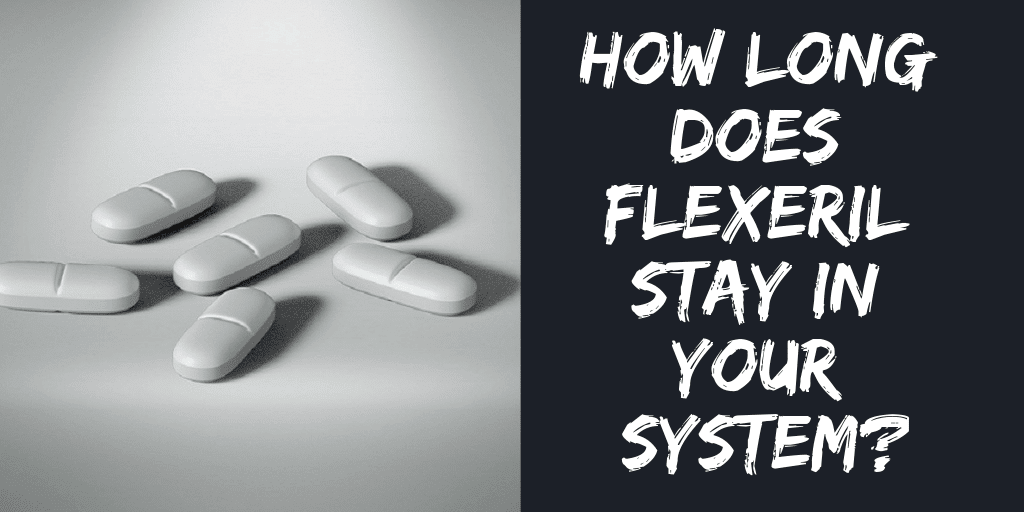 How Long Does Flexeril Stay In Your System?

Flexeril (cyclobenzaprine) usually starts working within about an hour after taking it, Medscape explains. It remains active in the bloodstream for approximately 12 to 24 hours. It can stay in your system for much longer, up to several days. 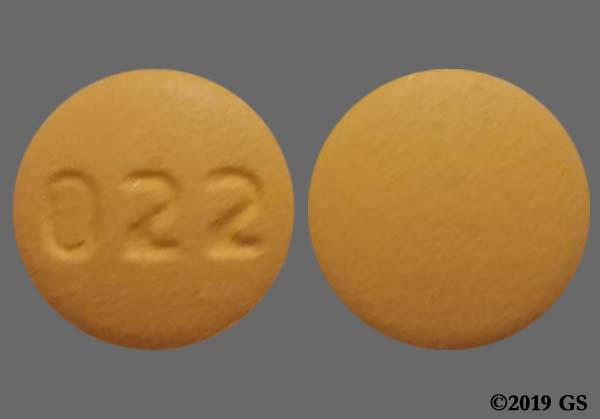 Flexeril is a muscle relaxant medication prescribed to treat muscle spasms that occur as a result of acute and painful musculoskeletal conditions. The active ingredient, cyclobenzaprine, is chemically similar to tricyclic antidepressants (ATC).

Although the mechanism of action is not fully understood, Flexeril is known to act as a central nervous system (CNS) depressant. Decreases CNS activity and nerve triggers to calm muscle spasms and related pain.

Flexeril is an effective treatment for pain and muscle spasms for a relatively short period, generally between four and 12 hours. It can remain in the bloodstream for much longer, up to a few days. Even if it is still present in the system, it may appear not to be working. This can encourage people to drink too much.

Flexeril is only designed to be taken for a short period. The United States Food and Drug Administration (FDA) recommends that cyclobenzaprine is only prescribed for a maximum of two to three weeks.

Flexeril is the brand name for cyclobenzaprine. It is a prescription medication that is used to relax muscles and decrease pain and spasms.

It works by blocking pain sensations that travel to the brain, according to RxList. It does this because it indirectly influences motor neurons in a person’s spinal cord and brain, according to information reviewed by Grant Hughes, M.D. This medication is also similar to tricyclic antidepressants when its chemical structure is observed.

Someone could abuse this medicine to get its relaxing or sedative effects. Some people also say they have experienced a euphoric effect similar to that caused by opioids. This medication is generally not recommended for the elderly or people under the age of 15.

When taking Flexeril, it is important to follow medical recommendations to minimize possible complications.

As an immediate-release formulation, cyclobenzaprine is generally administered in doses of 5 mg three times daily. Doses should not exceed 30 mg per day, per PDR, the prescriber’s digital reference.
Flexeril prolonged-release formulation can be dosed twice daily in 15 mg doses.

The immediate-release formulation generally remains active for about four to six hours, while the extended-release can work for about 12 hours for pain and muscle spasms.

Flexeril has a long and variable half-life. It can remain in the body long after its effectiveness has worn off.
According to BioMed Research International, cyclobenzaprine has a half-life that can range from eight to 37 hours for the immediate-release version and between 32 and 33 hours for the prolonged-release version.
The half-life of a drug is the time it takes for the body to break down half of the drug. With this in mind, Flexeril can remain in the body for up to three days.

Also Read : How long does Flexeril stay in your system? Flexeril may no longer seem to be working, which may make it tempting to take more. Taking more can trigger a wide range of side effects, one of which is the potential for overdose.

An overdose of cyclobenzaprine can come on suddenly and quickly—the U.S. National Library of Medicine. USA (NLM) explains that the most common side effects are tachycardia (irregular heart rate) and drowsiness.

[learn_more caption=”ADDITIONAL SIDE EFFECTS OF OVERDOSAGE OF FLEXERIL MAY INCLUDE THE FOLLOWING:”]

The United States Drug Enforcement Administration (DEA) published in 2010 that there were more than 12,000 cyclobenzaprine-related emergency room visits. More than 10,000 cases of cyclobenzaprine exposure were reported to the American Association of Poison Control Centers.

Misuse of Flexeril or its combination with other drugs or alcohol can amplify possible side effects, as well as the risk of fatal overdose.

The length of time Flexeril stays in your body will depend on several factors. Not everyone metabolizes drugs in the same way.

Cyclobenzaprine is excreted through the kidneys, so people with kidney damage or less kidney function may have a hard time processing the drug as quickly.

The FDA publishes that Flexeril takes longer to process in the elderly and people with liver failure; therefore, doses should be reduced for these populations.

As you get older, your metabolism slows down. This means that it can take longer for the medicine to process outside the body.

Liver failure involves the liver, which is the main organ involved in the removal of toxins from the body, so problems with the liver can impede Flexeril metabolism. This slows down the speed at which it processes outside the system.

Other things that can influence how long Flexeril will stay in the system and how the drug is metabolized may include:

When you take a medicine that interacts with brain chemistry, your brain can get used to specific amounts. This means that it can become tolerant of the drug, and more will be needed to feel the same effects.

This can lead to increasing doses of Flexeril and more between treatments. Flexeril can build up in the body and can take even longer to process.

Physical drug dependence can form with regular use of Flexeril, which can lead to severe withdrawal symptoms when it leaves the body. These symptoms can include general discomfort, nausea, and headache.

The more often you take Flexeril, the longer you have been taking it, and the higher the doses taken each time, the more significant the level of dependency will be.

Higher levels of addiction mean it will take longer to leave your system.[/learn_more]

Flexeril is not designed to be used for more than two to three weeks. It is usually prescribed as a complementary treatment to be used in conjunction with other methods.

Dependence is a precursor to substance abuse and addiction for some people. Specialized treatment programs involving medical detoxification can help control addiction while allowing Flexeril to be processed safely outside of the system.

The length of time Flexeril lasts in the system will vary from person to person. A medical professional can give you the best idea of ​​a specific schedule for your unique situation.

If a person plans to go to a detox center or needs a drug test, they will need to know how long Flexeril takes to leave the body. The timeline is not an exact science. Many factors, such as those listed below, can play a role:

The metabolic rate of the person.

How much Flexeril have they taken?

How they used Flexeril (inhalation, oral ingestion or other consumption methods)?

How much body fat does the person have?

The liver and kidney health of the person.

How much does the person weigh?

If the person drank alcohol or used other drugs with Flexeril.

The age of the person.[/learn_more]

The standard drug test panel used in hospitals and by employers will not show Flexeril. If someone is tested for this drug, your employer or doctor will have to order a separate test that only searches for this drug.

This medication may not show up in a urine test. If it does, it could be detectable for an average of five to 13 days. How long it is detectable depends on when the person last used the medicine and the doses they took several days before their last treatment.

In most cases, doctors or employers will not use a saliva test for this medication. There is almost no information on saliva testing or how long it can be detectable through this method.

When Flexeril is used precisely as prescribed, the person may not experience withdrawal and have no problem having this muscle relaxant in their body. When someone uses this medication recreationally, professional help may be necessary to stop using it.

How Long Does Gabapentin Stay in Your System?

How Long Does Klonopin Stay In Your System?