You are here: Home / Health - Disease Information / How Long Does Tramadol Stay in Your System?
Spread the love 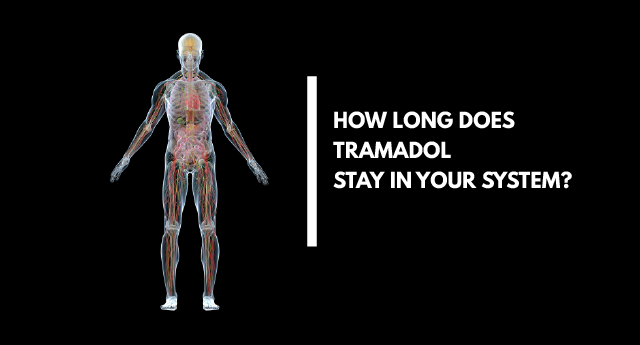 Tramadol has a half-life of 6.3 hours; However, it can take about a day and a half for the medication to completely exit your body.

Tramadol can be detected in urine, hair, saliva, and blood:

The amount of time it takes Tramadol to leave your body can depend on multiple factors.

In 2012, it was estimated that approximately 2.1 million people in the United States suffered from substance abuse related to prescription pain pills, known as opioids. One of these prescription pills is tramadol, a drug that can be detected in the body through various test methods. To understand how this test works, it is important to understand what tramadol is and how it affects the body. 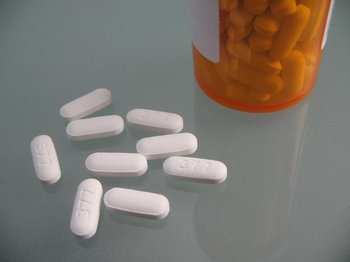 Tramadol is a prescription medication that is used to relieve moderate or severe pain. Also known as ConZip, FusePaq Synapryn, Rybix ODT, Ryzolt, Ultram, and Ultram ER. It is often prescribed for a patient after surgery, or in some cases prolonged-release tablets are prescribed for chronic pain.

Tramadol is a prescription opioid that is used to treat moderate to severe pain. It is sold under the Ultram and Conzip brands.

Tramadol can form a habit. In other words, it can sometimes lead to dependency. This is more likely if you take tramadol for a long time or if you do not take it exactly as prescribed.

Read on to find out how this drug works and how long it stays in your system.

How does Tramadol Work?

Tramadol also has other effects. It increases the effects of serotonin and norepinephrine, two important chemical messengers (neurotransmitters) in the brain. Both play a role in pain perception.

The purpose of pain relief is to help you function better in your daily life. Pain medications, such as tramadol, do not repair what is causing your pain. Often, they also do not completely eliminate pain.

How long does Tramadol Stay in Your System?

The time tramadol will remain in the body is related to the elimination half-life of the medication, which is the average amount of time it takes for half of the medication to be eliminated from the body. For tramadol, it is believed to be 6.3 hours. By completely stopping tramadol, it is likely to stay in the body for 1.44 days.
However, this varies according to individual and numerous factors.

Factors influencing: How Long Tramadol Stays in the Body

Both body mass and body fat play a role in how quickly the body gets rid of a drug. In general, the higher a person’s body mass, the faster the medicine will clear from the system. Body fat percentage is also a factor in how quickly the body can eliminate a medication. Those with a higher percentage of body fat can accumulate more tramadol over time using the drug, since tramadol is known to bind fat and can accumulate over time. On the other hand, someone with less body fat has less room for tramadol to bind, which means the body can get rid of it more quickly.

If tramadol is taken at the same time as food, the absorption rate of the body may be affected. Since the body is also working to break down food, it does not break down the drug at the same rate it might otherwise. On the other hand, fluids are believed to increase the elimination of a drug from the body, as fluids increase urinary flow.

The half-life of tramadol is believed to increase in older patients compared to younger patients. Elderly patients may have poorer blood flow and may be taking additional medications that may interfere with the rate at which tramadol is metabolized.

The function of body organs.

Before tramadol leaves the body, it is metabolized by enzymes in the liver and processed through the kidneys. If the liver or kidneys do not work properly, it can take longer for the body to break down tramadol and its metabolites than for proper liver and kidney function.

Type of Medication and Time Taken

Tramadol comes in two forms: an immediate release, which releases the full amount into the body and works quickly, or a prolonged release, which works for 24 hours and releases the medication little by little. It will take longer for someone taking the type of extended-release medicine to clear it from the system, as it is being released over a longer period of time. Also, someone who has only been taking the drug for a short period of time will be able to get rid of the body more quickly than someone who has been taking it for a long period of time. This is because the drug will have had less time to accumulate in the body.

Use of other drugs

Certain medications can affect the rate at which the body metabolizes tramadol, so it is important to research and stay informed if you use multiple medications at the same time.

Types of Tests for Tramadol

Tramadol will not be detected on a typical drug screen, known as the SAMHSA-5 panel. However, it will show up in more advanced tests if someone decides to do a prescription drug test. Such advanced tests include urine tests, hair tests, saliva tests, and blood tests.

Read also How Long Does Tramadol Stay in Your System?

How Long Does Tramadol Stay in Urine?

As with other types of urine drug tests, a urine test involves collecting a urine sample from an individual. Once collected, the urine will be sent to a laboratory to analyze tramadol, but more specifically for its metabolites, which is the substance created when the body breaks down a drug. Typically, the use of tramadol is detectable within two hours of use and can remain detectable for up to 40 hours. However, this is only a rough estimate, as several factors affect the time it takes for an individual’s body to break down medication and get rid of it.

When a hair test is administered, the hair follicles are collected from an individual’s head and sent to a laboratory for analysis. The hair test is a very accurate method of detecting tramadol and its metabolites, and for this reason it is often used. It is also a test method that can detect tramadol use long after it occurs, sometimes for months afterward.

With saliva testing, a sample of saliva is taken from an individual’s mouth and then tramadol and its metabolites are analyzed. Saliva tests do not offer such a long period of time for tramadol use detection, as it is often not detectable for more than a day.

How Long Does Tramadol Stay in Your Blood?

Blood tests are often not used as they are invasive and the use of tramadol is not detectable in the blood for a long period of time. Like saliva tests, it probably won’t show up in a test if it’s been more than 24 hours since the medicine was used.

Although this information is a good starting point, it is important to remember that each individual’s body will process drugs in a different way. What can take hours to cleanse one person’s system could take days for someone else, so it’s important to consider additional factors when determining how long a medication will take to cleanse the body.