You are here: Home / Health - Self Help / Can You Get Your Period And Still Be Pregnant In The First Month
Spread the love

If there is something that characterizes pregnancy, it is the absence of menstruation, at least until the quarantine has passed after having given birth. In fact, many women find that they may be pregnant after realizing they have a missed or late period, without ever noticing any other symptoms.

But there are situations in which bleeding may appear while the baby is forming in the womb, some are very similar to a period and others are different from menstruation.

Pregnancy and Menstruation In The First Month

False menstruation or false period is bleeding that can occur during pregnancy, most often in the first trimester. It can be mild without major repercussions, or it can warn us that something more serious is happening. Therefore, when faced with bleeding, you should always act quickly.

When the bleeding occurs during the first month of pregnancy, it is probably implantation bleeding. This bleeding will differentiate it from menstruation because it is a less abundant spotting than a normal period, it can even be a few drops, reddish-brown in colour and without clots. It appears 21 to 24 days after your last period and usually appears one day, three at the most. In most cases, it is also accompanied by tenderness and pain in the breasts.

To better understand why this bleeding occurs, let’s take a look at what implantation is. Once a woman’s egg has been fertilized with a man’s sperm, it begins to divide rapidly into many cells and travels down the fallopian tubes until it finally reaches the uterus. where it is implanted in the wall of it. This wall of the uterus where it is located has a large number of blood vessels, so the area is highly irrigated and at the time of implantation some of these vessels break producing this characteristic staining. Implantation occurs around week 4 of pregnancy.

My period has come but I’m pregnant

My period came but I’m pregnant, is it possible? The answer is no. It is not possible to be pregnant and have a period at the same time, because both options are incompatible. What we can find are bleeding, but none will be the rule, but they are produced by other causes, some unimportant and others that carry risks.

When the ovum is not fertilized, a layer of the uterus called the endometrium sheds, thus renewing itself every month. This is what is called menstruation or more commonly known as the rule when these remains accompanied by blood are expelled through the vagina.

On the contrary, if the ovum is fertilized and gives rise to pregnancy, the endometrium will be in charge of nesting the ovum and nourishing it, making pregnancy and the development of the embryo possible.

Can you be pregnant and have a heavy period?

Can I be pregnant and spot like your period? As we explained earlier, if you are pregnant, you cannot have your period. If he’s bleeding, it’s for another reason. With which, if you find yourself faced with heavy bleeding, it requires an urgent visit to the hospital, because sometimes it can be dangerous for the life of the baby and for the mother.

What is the cause of bleeding during pregnancy?

Here are the most common causes of bleeding during pregnancy:

Implantation bleeding: It occurs during the first month, being milder than the rule and lasts very little time, between 1 and 3 days. It is painless and has a pinkish-brown tint.

Trauma to the vagina: Sometimes bleeding can occur as a result of rubbing after sex or after a vaginal check-up because the area is more irritated than normal. In the following article, you will find recommendations on how to have sex during pregnancy.

Hormonal imbalance: During pregnancy, hormonal changes are characteristic that can trigger minor bleeding.

Abortion: In this case, you experience pain caused by contractions of the uterus, accompanied by intense red bleeding with possible full or partial expulsion of the embryo.

Ectopic pregnancy: This means that the egg did not implant normally in the uterus, but is located elsewhere, such as in a fallopian tube. This pregnancy is incompatible with the life of the mother and the life of the mother can also be compromised if not treated in time. It is accompanied by severe pain in the stomach, irregular vaginal bleeding, and typical symptoms of pregnancy such as nausea or breast tenderness may appear.

Previous placenta: This happens when the placenta obstructs part or all of the cervix, which can lead to severe bleeding.

Infection: Infections during pregnancy sometimes produce a series of contractions in the uterus which can trigger small bleeding.

Changes in the cervix: If you are in the latter part of your pregnancy, the cervix may be changed to prepare for delivery.

In case of bleeding occurring during pregnancy, it is best to consult a doctor to avoid the risks and prevent possible complications.

What Does It Mean – Fascinating Questions To Ask

Pregnancy Symptoms: What Is False Period?

Learn to differentiate it from menstruation

In the first weeks of gestation, when the woman still does not know that she is pregnant, confusing implantation spotting, known as a false rule, with menstruation is easy, especially if the woman has no other symptoms that she is going to be a mother, or confuses these with PMS.

When the pregnancy date doesn’t add up

It does not happen to all women, but it does to some: one month they have different menstruation. A little early, perhaps with less bleeding, and with a shorter duration. But they don’t worry too much. Suddenly, they may begin to notice nausea and vomiting, which is often attributed to an upset stomach, or gastroenteritis.

As they have had their menstruation they do not think it could be due to pregnancy. But when the discomfort continues and the following month they do not have their period, they discover that yes, they are indeed pregnant.

6 differences between implantation bleeding and menstruation, by midwife Natividad García
And the biggest surprise comes when doing the first ultrasound, their bills do not come out, because the doctor tells them that the baby is several weeks older than they think and that the due date is before their calculations. What happened then? It is what is known as a false rule or implantation bleeding. 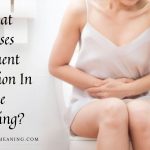 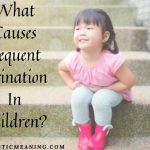 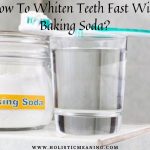 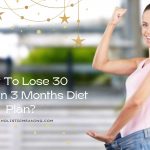 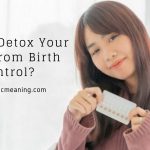 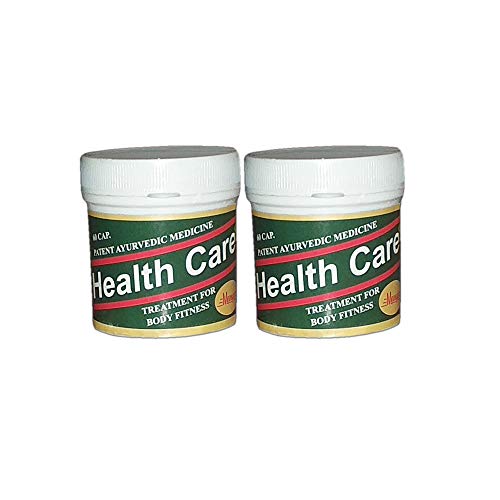